Houses for Sale in Tracy 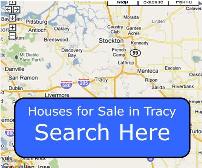 There is a wide selection of houses for sale in Tracy, California. From foreclosures to short sales, starter homes to estates, whatever you are looking for, Gus Saar can help you find it. Call Gus today at 209-740-0767.

Located in the Central Valley of California, Tracy is known for several of its events; including the California Dry Bean Festival which features food, entertainment and a car show, the Fourth of July Day-In-the-Park features hot air balloons, arts and crafts and a fireworks display. During the summer the streets are also alive with the weekly farmer’s market.

The annual average precipitation at Tracy is 10.58 inches . Rainfall is greatest in winter months (between November and March) and very low in summer (between June and August). The wettest month of the year is January with an average rainfall of 1.97 inches .

There were 17,620 households out of which 51.7% had children under the age of 18 living with them, 65.0% were married couples living together, 10.7% had a female householder with no husband present, and 18.8% were non-families. 14.4% of all households were made up of individuals and 4.9% had someone living alone who was 65 years of age or older. The average household size was 3.21 and the average family size was 3.56.

Two main school districts serve the city of Tracy. The largest and most recognized is the Tracy Unified School District. This school system incorporates many elementary and middle schools as well as five Tracy high schools: Tracy High School, Merrill F. West High School, Delta Charter High School, Millennium Charter High School and John C. Kimball High School. Tracy’s expelled students attend to the Willow community day school, and the Tracy One Program, or Community One. The other school district is the Jefferson School District which incorporates the south side of Tracy and includes five schools: